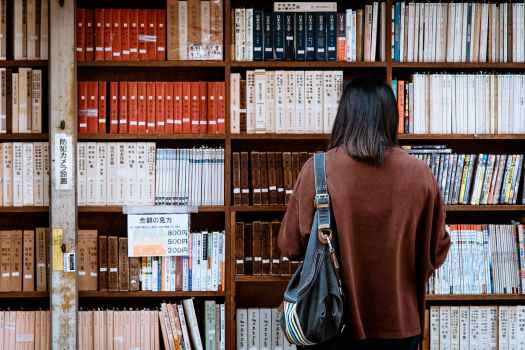 Are you on Goodreads?

I deactivated my Facebook account in 2016, deciding instead to focus on more positive social media experiences. (If you’re on the fence, I totally recommend it.)

Enter Goodreads, a social media platform for readers. I can share reading lists with my friends, see what they’re reading, and rate titles on my shelves. One of the better features of the site is the Reading Challenge app, which allows you to set a goal for how many books you’d like to read and updates the list as you finish them. 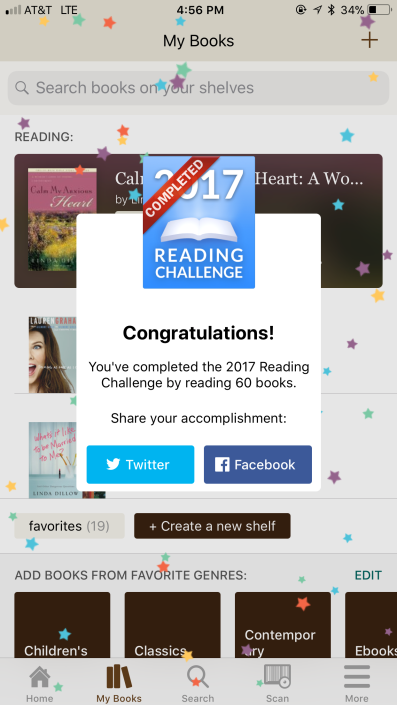 Side note:
I use the term “read” a little loosely since I include audiobooks. My coworker and I have mused that maybe we need a different term than “read” for an audiobook. What do you think about “experience”?

So, I’ve experienced 60 books this year. It’s been fun! I’m continually amazed at how I feel my heart and head open for (almost) every book I read. The best part of great Literature is that it tells the story of the human experience. None of us is really all that different than another. Isn’t that so beautiful?

Of these 60 books, there were a few I loved, a few I hated, and several I enjoy picking up every year (Gatsby, A Farewell to Arms, Mere Christianity, etc.). For posterity’s sake, I ranked my top five favorite and five least favorite books of the year.

I’ll start with the bad news and end with the good. Sound good? 😊

My 5 least favorite books this year
in no particular order

Straight up could not finish

The Butterfly Garden
by Dot Hutchison
This book is trash. I read about a third of it hoping it would turn into a crime thriller and it just got worse. Into the trash you go!

A Prayer for Owen Meany
by John Irving
I respect the opinions of many people who LOVE this book. I enjoyed the first five chapters or so, and then the story started dripping with sentimentality that I just couldn’t stomach any longer. I listened to 9 of the 27 hours when I decided that one-third of the book was really enough time to suffer.

All the Bright Places

by Jennifer Niven
I read this on the recommendation of several of my students. So many kids love this book, which saddens me. I have no warm place in my heart for a book whose protagonist commits suicide and whose author romanticizes it.

Defending Jacob
by William Landay
Definitely a page-turner, but not at all redemptive or uplifting. The twist at the end felt cheap. Also, this guy has no idea how teens talk.

by Amy Stewart
Constance Kopp is six feet tall and not to be trifled with. While in town with her sisters, a bad driver in his motorcar collides with her buggy. She tracks him down and demands repayment, not realizing he’s involved in organized crime. What ensues is an engaging historical (albeit fictionalized) account of the Kopp sisters, the local sheriff, and Constance’s steadfast desire to keep her home safe. Loved. It.

by Margaret Atwood
Now one of my all-time favorites. The Handmaid’s Tale is harrowing, heartbreaking, and incredibly readable. I think audio’s the way to go on this one: Claire Danes narrates every sentence of Offred’s diary on the verge of tears. AND THE ENDING. We must discuss.

The Jesus Storybook Bible: Every Story Whispers His Name

by Sally Lloyd-Jones
This is a tender and beautiful retelling of the Bible. Like the title suggests, these stories from the Old and New Testaments are retold to whisper Jesus’ life and purpose here on Earth. I think audio is the way to go here, too: David Suchet is lovely for children and adults alike.

by Jeff Zentner
Now here’s YA lit I can get behind. three teens come of age in a dead-end Tennessee town: A fashion blogger extraordinaire; a son of a controversial and recently-imprisoned pastor; and a fantasy fiction superfan who is okay with a quiet life and working at the local lumberyard. This book broke my heart and put it back together again. It’s about growing up and the beauty and pain along the way. READ IT NOW.

by Stephen King
I’m not sure I’d ever read Stephen King, but I am totally sold after experiencing 11/22/63. King apparently waited 30 years to write this novel, and his wait allowed him to give the story the justice it deserves. I loved every second of it. I laughed, I cried, I gasped, and I winced. King combines time travel, historical fiction, romance, and elements of horror that makes the 30+ hours of audio (and 850 pages) fly by. It was a great choice to end my 2017 Reading Challenge.

Here’s the full list, in the order I read them, with the following distinctions: 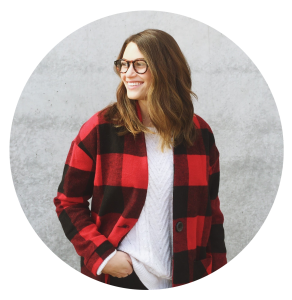